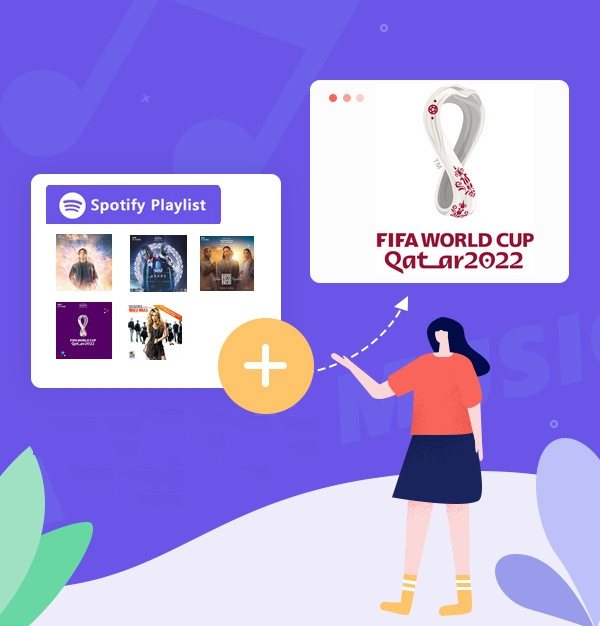 Get the best tool to download all FIFA World Cup 2022 Songs to MP3!

The 2022 FIFA World Cup kicks off in Qatar! This year is also the first time that the World Cup has been moved to Qatar and a Middle Eastern country. As the first World Cup football match since the epidemic, and football superstar Messi announced that this will be his last participation in the World Cup, the hearts of the public are still boiling and they are paying more and more attention to the event. The opening ceremony was held on 11/20, and BTS member Jungkook sang "Dreamer" as the biggest focus. In addition, what other songs in FIFA do you like? Have you thought about downloading FIFA World Cup songs from Spotify? Do you know what is the best tool to download all songs from FIFA World Cup 2022 to MP3? Whether you are a long-time fan or a one-day fan, come and feel the football fever!

There are wonderful goals in the World Cup every four years, and the exciting and popular World Cup songs are also deeply remembered by us. Next, let's enjoy the popular songs of the 2022 FIFA World Cup in Qatar.

BTS member Jungkook is the youngest member of the group at the age of 25, and he took the opening stage of the World Cup with a solid stage presence, bringing his new song "Dreamer" and performing with Kada singer Fahad Al-Kubaisi, making him a hot topic. According to the latest update to the Spotify platform, on November 27 "Dreamers" scored more than 32 million unfiltered streams.

So what are the official songs of the 2022 World Cup other than 'Dreamer'? "Hayya Hayya (Better Together)" is the first official song released, featuring American R&B singer Trinidad Cardona, Nigerian-American singer Davido, whose music incorporates traditional African elements, and singer Aisha from Kada. Kay Madati, the chief commercial officer of FIFA, said that the diverse creative backgrounds of the three brought together music from the Americas, Africa, and the Middle East, and also symbolized music and football, uniting the world together.

The football craze is taking effect all over the world. IShowSpeed, an Internet celebrity with 12.6 million subscribers on YouTube, released his World Cup song this year, and it has nearly 4 million hits in less than a day. The song received quite enthusiastic responses from netizens, and some even expressed their hope that this song would become one of the official songs.

"We are the champions" was released in early 1978, composed by the band's lead singer Freddie Mercury, and another super classic "We will rock you" was released at the same time. In 1994, it also became the theme song of the World Cup in the United States that year. This song is very classic. It can be said that even people who don't watch the World Cup know his melody.

The corresponding theme song of the World Cup has attracted the attention of countless people. In addition to the music described in this article, which one do you think is the most famous World Cup song in 2022? Which of the previous World Cup theme songs is your favorite? If you want to listen to and download them. The next parts will tell you how to do it.

When we listen to songs, the apps that come to mind are Spotify, Apple Music, Amazon Music, and so on. However, as streaming music software, there are naturally some limitations and unacceptable places for users, such as not being able to save music locally. In order to solve these problems, today we will take Spotify, which has the most users, as an example, and use the best tool, AudiFab Spotify Music Converter to Download all FIFA World Cup 2022 songs from Spotify to local MP3. Let's get started!

If there is one phrase to sum up AudiFab Spotify Music Converter, it must be easy to use. It not only has a simple interface without any ads, but more importantly, it is also very user-friendly. AudiFab can help both Spotify Premium and Free users batch download Spotify songs to up to 6 formats ( MP3/AAC/WAV/FLAC/AIFF/ALAC) at 10x speed. The point is, it supports getting 1:1 copies without losing quality with ID3 tags, such as title, artist, album, artwork, track number, disc number, and year. For more main functions, please read the list below: 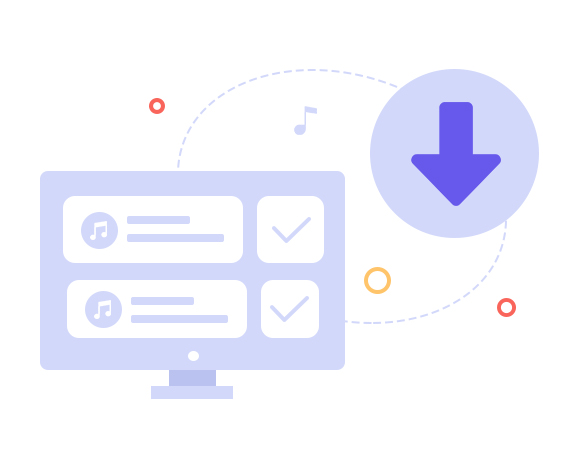 After downloading and installing AudiFab, open it. The Spotify app will also open at the same time. 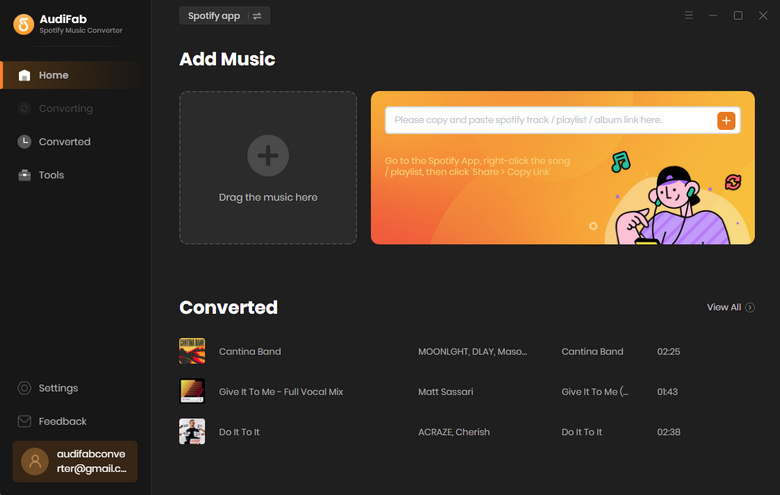 Search for the World Cup songs or playlists you want to listen to offline in the Spotify app, then drag and drop them into AudiFab. A list will appear with the songs you want to download as MP3s, confirm them and click OK. 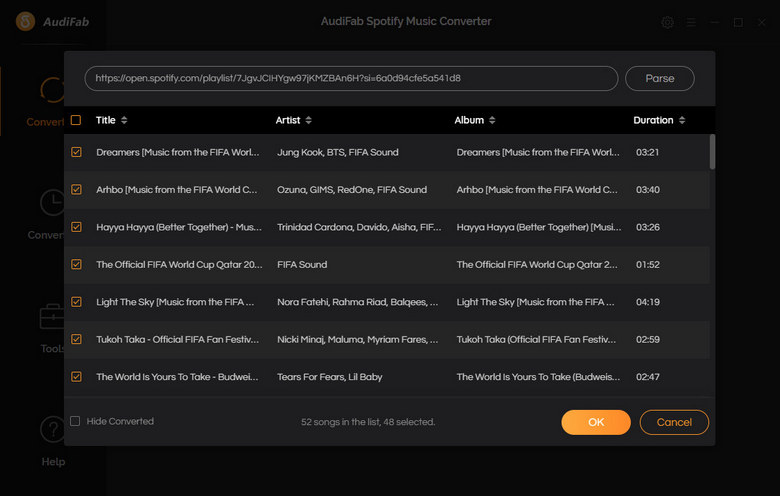 Set the output format to MP3

Click the gear icon to go to the setting window, where you can set the output format to MP3. You can also set the output folder. If you have requirements for song arrangement, AudiFab can also satisfy you, you can customize the output sorting, such as Playlist, Artist, Album, or Artist/Album, Album/Artist. 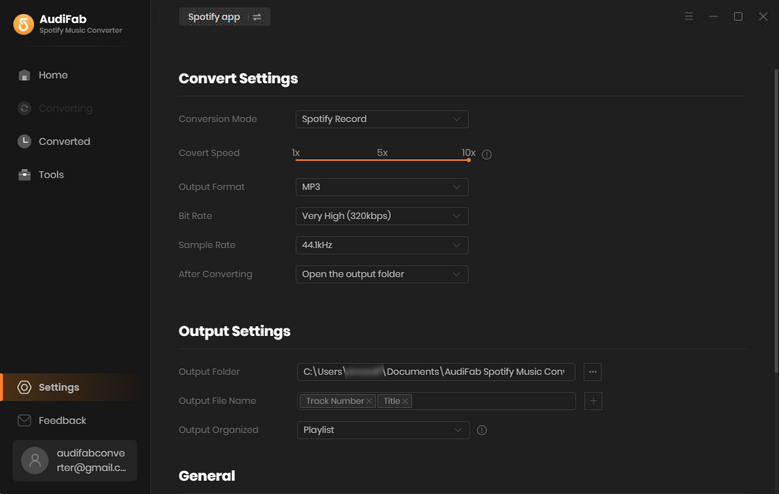 Close the setting window to save the settings. Next, you only need to click Convert, and AudiFab will automatically convert the World Cup songs for you to MP3. Usually, wait a few seconds, and a song will be downloaded successfully. So if you download the famous songs of previous World Cups, it will not take much effort and time. 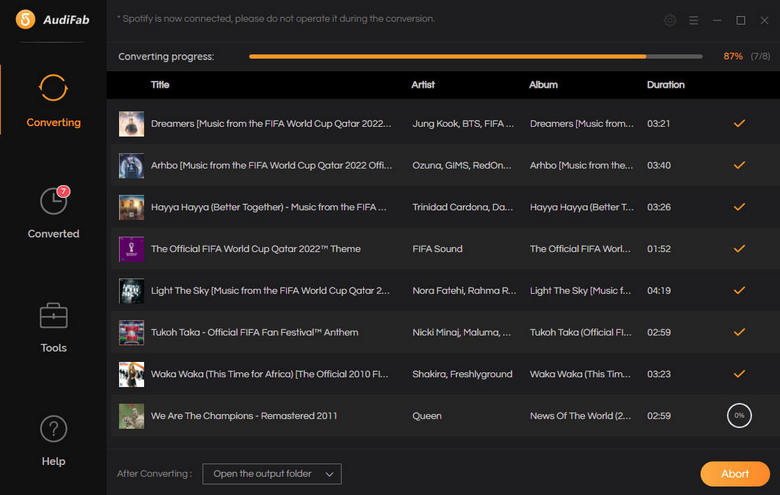 Once the conversion is complete, FIFA World Cup soundtracks are saved on your computer locally. You can transfer them to different devices and then you'll be able to enjoy your FIFA songs World Cup whenever and wherever you are. You can listen to exciting music without the Internet while watching an exciting soccer game. 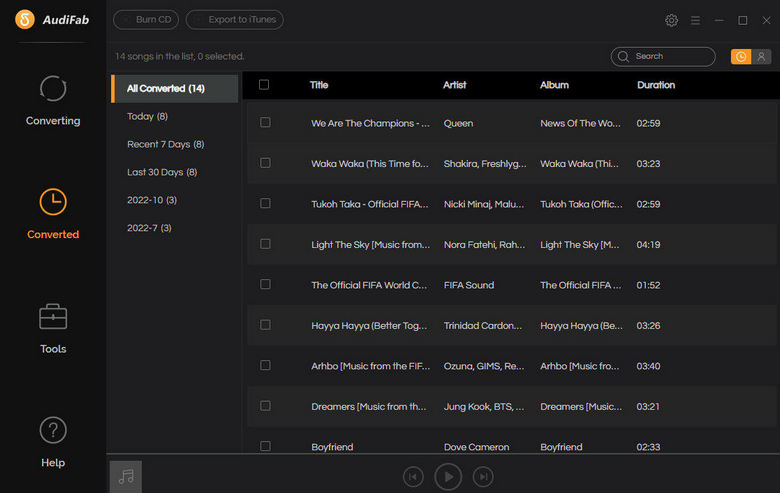 This is the last World Cup for Messi and Ronaldo. The two heroes who have created many "miracles" in the history of the World Cup have also come to the end of the game. We can listen to and save the famous songs of the World Cup permanently, recall the glorious moments of the two celebrities, and at the same time, look forward to the wonderful confrontation between the two teams Argentina and Portugal in the final.

Want to listen to the Spotify songs offline? no problem! Download and save all your favorite Qatar FIFA World Cup 2022 Songs with AudiFab Spotify Music Converter and listen to them whenever and wherever you are.

AudiFab Spotify Music Converter is free to try. It can be downloaded for free and converts the first three minutes of each audio file for sample testing. If the program meets your need, you can buy a license to unlock the time limit. 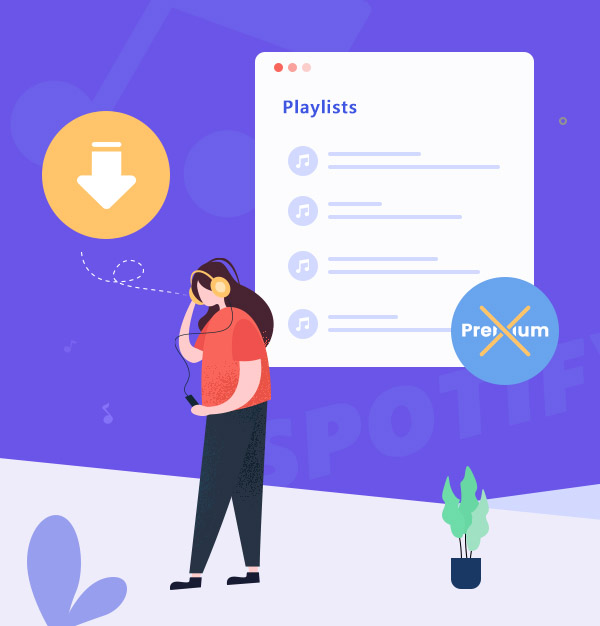 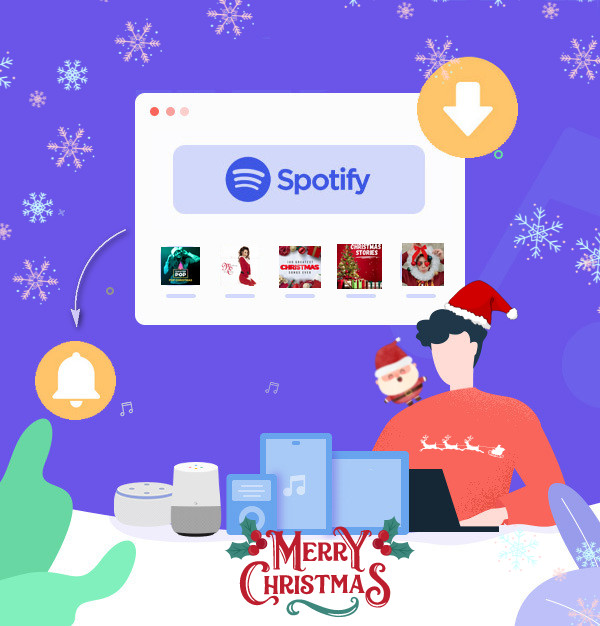 Let's listen to the classic Christmas melody and have a warm Christmas! 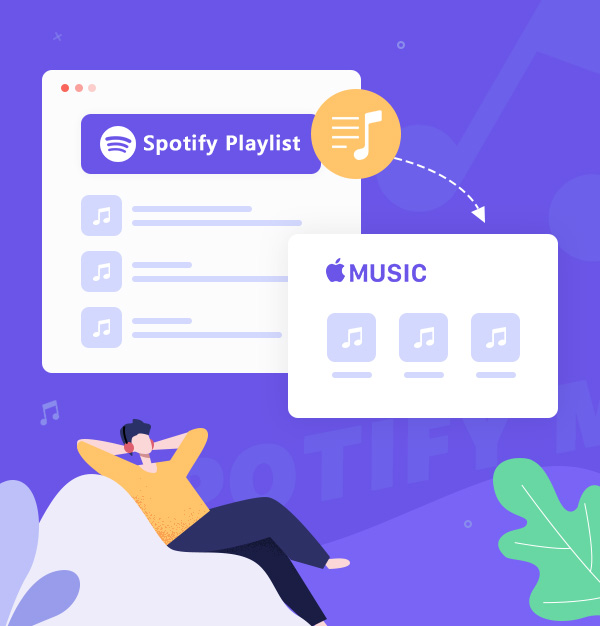 How to Export Spotify Playlists to Apple Music

Learn how to use AudiFab Spotify Music Convert to export Spotify Playlists to Apple Music with 6 steps.